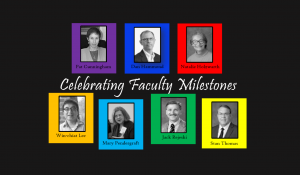 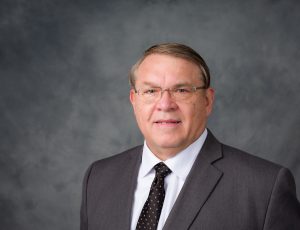 Stan Thomas can find a solution to almost any problem, which you might expect from an Associate Professor whose research in Computer Science includes extracting information from data.

Thomas helped create Wake Forest’s first mail system early on in his career here. His mail software was developed for Prime computers. Anyone remember them from back in the day?

A problem-solver at heart, Thomas served as the second chair of the Department of Computer Science. He led the department through its first program review, and he also had the honor of being named the chair of the Computing Accreditation Commission for the Accreditation Board for Engineering and Technology.

However, not all of Thomas’ work to fix a problem has gone off without a hitch.

Before Wake Forest had campus-wide networking, there was a computer in ZSR Library that the computer scientists needed to connect to their offices in Manchester Hall.

Somehow Thomas was included on the “faculty crew” that was responsible for pulling, splicing, and connecting a fiber optical cable from Manchester Hall, through a set of tunnels, to the library.

Facilities lent radios to the faculty crew, so all the members could communicate during the job.

“Of course, the crew did not know that everyone in Facilities could hear the crew’s radio conversations,” said longtime Computer Science professor David John. “During this work, Stan stabbed himself in the hand. Facilities was most amused. Not many faculty can say they contributed blood towards their tenure and promotion.”

Always up for a challenge, Thomas is an avid sailor who took his family on a trip through several British canals last summer. However, instead of a sailboat, he took them on a flat-bottomed boat.

This sounds like the beginning of a great first-year seminar.