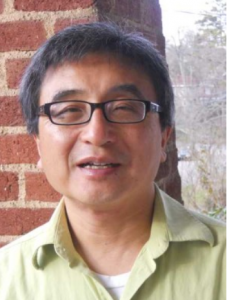 The philosopher Plato said the only ruler worth having is the one who doesn’t want to lead.

He is apparently a very talented ballroom dancer as well.

How does one describe Win, who was an instant hit when he arrived at Wake Forest as an Instructor in 1983? According to Donna Simmons, the Philosophy department’s Administrative Assistant, “I don’t think there are enough good words in the dictionary to describe Win.”

The Department of Philosophy lacked diversity when Win joined its faculty. However, over the years as he worked his way up the ranks from Instructor to Visiting Assistant Professor to now Department Chair and Professor, Win has created a diverse department that regularly meets at his house to celebrate faculty accomplishments.

As one Philosophy professor said, “When I was visiting Wake Forest as a job candidate, Win hit the perfect balance between personable and professional. After visiting departments that were clearly dysfunctional, he was actually a significant factor in me saying yes to Wake Forest.”

Win’s colleagues say he is a strong advocate for everyone in his department. His sense of fairness is impeccable, and he goes above and beyond to help them professionally.

As one professor put it, “A toast to department members on the occasion of an academic or personal milestone has long been a feature of Win’s parties. It is appropriate now to toast Win himself on his many and ongoing contributions to the Philosophy department and the university.”