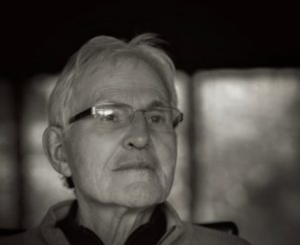 In a way, President Barack Obama is responsible for Julian Young moving across the globe to start teaching at Wake Forest University when he was eligible to retire in New Zealand.

Even though he had been living and working in New Zealand for nearly four decades, Young did not get much sleep in the weeks leading up the 2008 presidential election for fear that Obama would lose.

As it turns out, Young was visiting New York on Nov. 4, 2008, when a friend invited the Philosophy professor to an Election Night party. Young, who was 65 years old at the time, ended up being in the heart of the city when news broke that Obama had won the election.

“I went on to Rockefeller Square and watched Obama’s acceptance speech on the big NBC screen, and I said to myself, ‘I would like to be in Obama’s America,’” Young said. “And then I saw the Wake Forest job and applied and got offered it.” 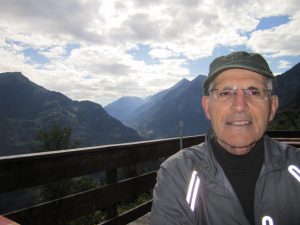 When Young arrived at WFU in 2010, at age 66, he knew it would be the last stop in his distinguished career as an internationally known Philosophy professor.

He is also a prolific writer who has published more than a dozen books about 19th and 20th Century German philosophy, including the influential Friedrich Nietzsche: A Philosophical Biography (2010) that was released around the time he relocated to Winston-Salem.

Young, the W.R. Kenan Jr. Professor of Humanities, will retire from WFU at the end of this semester after he wraps up his final class – Meaning and Happiness. He will then pursue his own form of happiness and move back to Auckland, New Zealand, where he spent the bulk of his career as a professor at the University of Auckland.

His flight lands in New Zealand on Christmas Day.

“[Dr. Young] has consistently and authentically emphasized the importance of being in love with life and the importance of developing critical meaning from it. So, what makes Julian an amazing part of Wake Forest's history is precisely that the way he understands the world – through equal parts compassion, criticism, and wonder – is bravely presented for others to see and learn from in his scholarship and lectures. I, for one, shall dearly miss learning from him. ” Wesley Skidmore, a senior double majoring in Philosophy and Politics and International Affairs

Young is a restless philosopher who has both the refinement of someone who was educated in a British boarding school and the free spirit of a man who loves music and traveling the world. 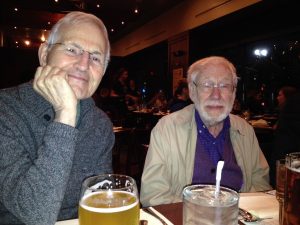 As a teenager, Young attended a “very unusual boarding school” in England, where he studied Medieval History and learned Medieval Latin so he could read historical texts from the 11th through 13th centuries.

However, Young got bored with History as an undergraduate student at Cambridge University. At 21, he decided to switch his major and meet with the professor who oversaw the Department of Philosophy.

Young doesn’t know how he scored on the test, only that he did well enough to convince the professor to let him become a Philosophy major. Soon afterward, Young witnessed the 1967 Detroit race riots while pursuing a Master’s degree at Wayne State University. 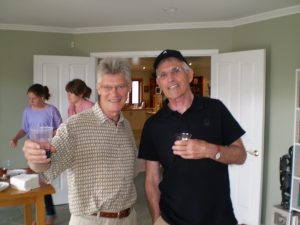 Over the years, Young has established himself as a leading scholar on the works of German philosophers Martin Heidegger, Arthur Schopenhauer, and Nietzsche. He organized a major conference on Nietzsche and Community at WFU in April 2012, then published an edited volume based on the papers presented at the conference.

“Julian typically offers an upper-division Philosophy course on the topic he is currently researching on,” said Win-chiat Lee, Department Chair and Professor of Philosophy. “It is exciting for Julian’s students to have access to the fresh material that he is working with and have a front-row seat view of how a world-class scholar deals – or even struggles – with it.”

Young has managed to make deep philosophical ideas accessible to his students with his engaging classroom discussions.

“Being an international student myself – I am from Switzerland – it was refreshing to have a professor who was as equally influenced by European education and language … and who subsequently could relate to this somewhat ‘foreign’ technique of argumentation and writing,” said Jenna Mueller, a junior who is majoring in Philosophy and French at WFU.

“This was something that truly separated Professor Young from the rest of the Philosophy professors.”

Still, is Young being serious when he says he would not have applied for a position at WFU had it not been for President Obama? Yes.

“I wouldn’t have dreamt of it had he hadn’t won,” Young said.