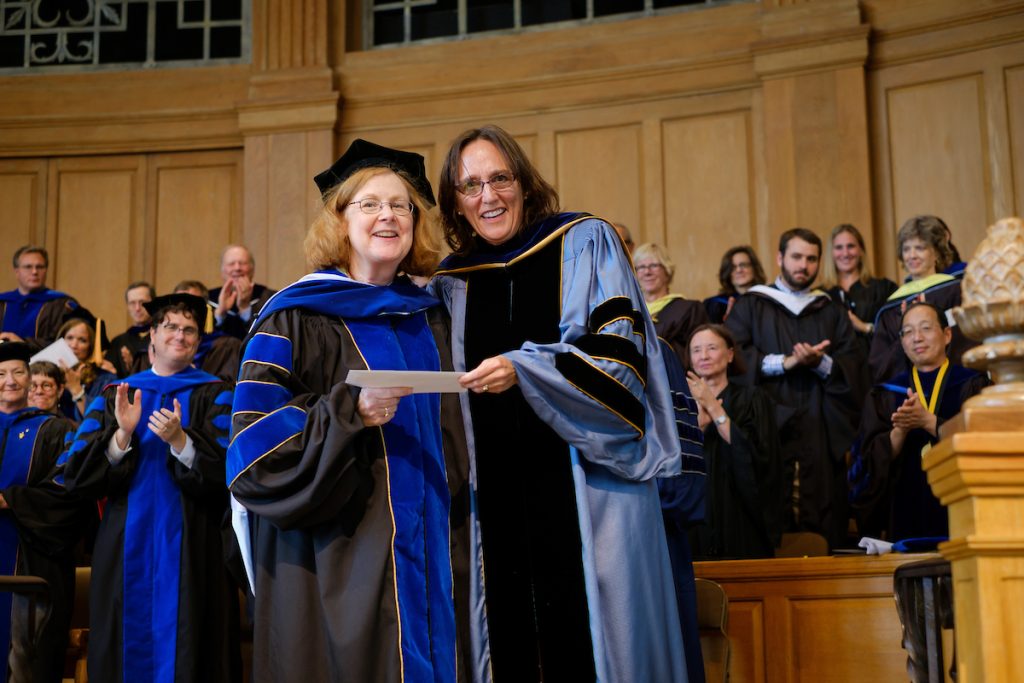 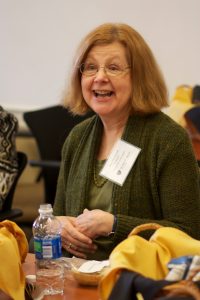 Mary has taught at Wake Forest for more than 30 years, and in that time, she has made a powerful and positive impact on countless students who praised her expertise as a Hellenist and a Latinist and her enthusiastic teaching and nurturing of her students. Some credited her with encouraging them to take trips abroad that led to future research projects and, indeed, to successful and satisfying careers in the field at both the secondary and postsecondary levels. If someone knows Wake Forest Classics, it is often because they know Mary.

Mary’s numerous awards from both our University and the discipline may duly be attributed to her active role as a friend, advocate, and mentor to not only her students and colleagues of Wake Forest but to her famously vast network of secondary-school Latin teachers. Her leadership in both regional and national organizations has been widely recognized and celebrated. To name but a few of the most distinguished awards, she leaves Wake Forest as President of the Classical League, a former SCS Teacher of the Year award winner, and a recipient of the esteemed Excellence in Advising Award.

Mary indelibly impacted our department as acting chair and senior member. She has overseen the promotion of four junior colleagues to tenure, introduced new majors, instituted new and innovative curricular changes, and never tired from sharing her institutional advice and experience. Her technical language knowledge, combined with her genuine concern for the well-being of all students made her a highly sought-after language instructor. The most common description of her by former students is someone who is a caring and kind professor who wields a deep concern and care for the students. Her office has been commonly filled with students who seek her out for advice throughout the semester. Our department enjoys a reputation for personal attention and care not only because of her individual efforts but because she inspires and encourages us to follow suit.

We have long watched and been inspired by Mary’s dedication and faithfulness to her craft. We warmly wish Mary the happiest of days in her retirement, fully expect her to return for events, and will note and remember well her trailblazing achievement as the first woman tenured in our department! Thank you for your service — you will be sorely missed!

“Mary indelibly impacted our department as acting chair and senior member. She has overseen the promotion of four junior colleagues to tenure, introduced new majors, instituted new and innovative curricular changes, and never tired from sharing her institutional advice and experience.” Michael Sloan