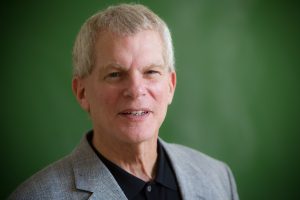 By Ananda Mitra, Professor of Communication

I am honored to share with others my admiration for Dr. Michael Hyde — teacher, researcher, colleague, and dear friend.

Wake Forest hired Michael from Northwestern University, where he held two endowed chairs: the Van Zelst Research Professorship in Communication and the Charles Deering McCormick Professorship of Teaching Excellence. He also was honored as a Fellow of the W. K. Kellogg Foundation. As expected, progress continued as he moved down south in 1994.

Michael was awarded the University Distinguished Professorship of Communication Ethics and a joint appointment in the Program in Bioethics, Health, and Society, School of Medicine. By the time he retired, he authored more than 70 articles and critical reviews appearing in various scholarly journals and texts; and 11 books, six of them receiving national research awards. Michael is the co-producer and co-writer of four documentary films, two dealing with the ethics of physician-assisted suicide, one on the life-giving gift of acknowledgment, and an animated film on Wounded Warriors and the Science of Regenerative Medicine. He presented his research at institutes of higher education throughout the United States and Europe. He was the recipient of national, state, and university research grants for his work in “the rhetoric of medicine.” Michael was named a Marsico Visiting Scholar in Communication Studies and the Center for Judaic Studies at the University of Denver, Colorado, and awarded an Adjunct Professorship in the School of Nursing, the University of Louisville. He also was a recipient of Duquesne University’s “Scholar Award for Communication Excellence in Ethics Education for the Mind, the Heart, and the Soul.” In 2013, he was selected as a Distinguished Scholar of the National Communication Association. 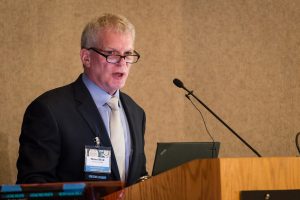 Michael served on 12 editorial boards of journals in his field and as a consultant to private industry, universities, and colleges, management organizations, national publishing houses, the Humane Society of the United States, the American Medical Association, and the Corporate Board of Tealdrops, Inc., a nonprofit organization counseling in the prevention of opioid misuse. Along with these external community activities, Michael was much involved with the internal service demands of the University. He was a board member of the Judicial Council, the Honor and Ethics Council, the Capital Planning Committee, the Bioethics Task Force, the Freshman Orientation Program, the Reynolds Professorship Committee, the Administrative Hearings Committee, the Ben Franklin Transatlantic Fellows Institute, and a mentor for the Undergraduate Fellowship Program.

Michael is well known for integrating his research programs, consulting experiences, and campus involvement with the classroom settings. Throughout his career, he has been the recipient of 17 “Teaching Excellence” awards. This success owes much to what students describe as his “intensity”: his enthusiastic devotion to being true to the subject matter at hand and the truth that it has to tell with its presence. Michael characterizes this devotion in a way that students are fond of repeating: “Better to die on your feet than to live on your knees. The truth is worth fighting for.” Students must be up for the challenge. One student had this to say about the matter: “I took Professor Hyde’s class because of his reputation as a ‘solid’ teacher of Health Communication and Bioethics. The intensity was chilling at first. Professor Hyde was relentless in having us meet the challenge. But the demand helped break through barriers of stale common sense as Professor Hyde displayed a remarkable talent of rhetorical competence: discovering and using the right words, in the right way, and at the right time so as to open us to what at the time remained seen but unobserved.  The truth required more respect. Staying on your feet required guts. I will never forget the experience. Bravo Professor.”

This way of being in the classroom can be too intimidating for students not ready to take to heart the belief that it is better to die on your feet than to live on your knees. The dismay is sometimes noted on student evaluations. But the majority of these evaluations are glowing for a winner of 17 teaching excellence awards. The example cited above is a case in point. Here is another more robust example that Michael admits he turns to in moments of self-doubt.

“Your wealth of experience and perspective were invaluable in class discussion and … during office-hour phone conversations … Looking back on my time at Wake Forest, taking your classes and having the opportunity to learn from you as a mentor was the highlight of my time in Winston-Salem. I will never forget … the way that you encouraged students to see and acknowledge one another in community …Thank you for teaching me to never overlook any detail, no matter how relatively small it may seem … Learning from you has changed my life … I incorporate things that you have taught me in both my professional and personal life … You have demonstrated consistently what it looks like to be willing to die on your feet rather than live even for a moment on your knees. This courage, paired with the dedication and loyalty which you have brought to your relationship with every student, has produced an unforgettable legacy.”

Michael makes much of how his success as a teacher and researcher owes much to the home he inhabits at the University: the Department of Communication, a dwelling place where he feels at home with colleagues, staff, and students who know the importance of acknowledgment. Indeed, what would your life be like if no one acknowledged your existence? Acknowledgment is a life-giving gift. During Michael’s tenure he received this gift from students and colleagues and enjoyed returning the favor. This way of being has helped his department establish itself as a first-class undergraduate and graduate program with national and international standing. Home sweet home. Many thanks Dr. Hyde.