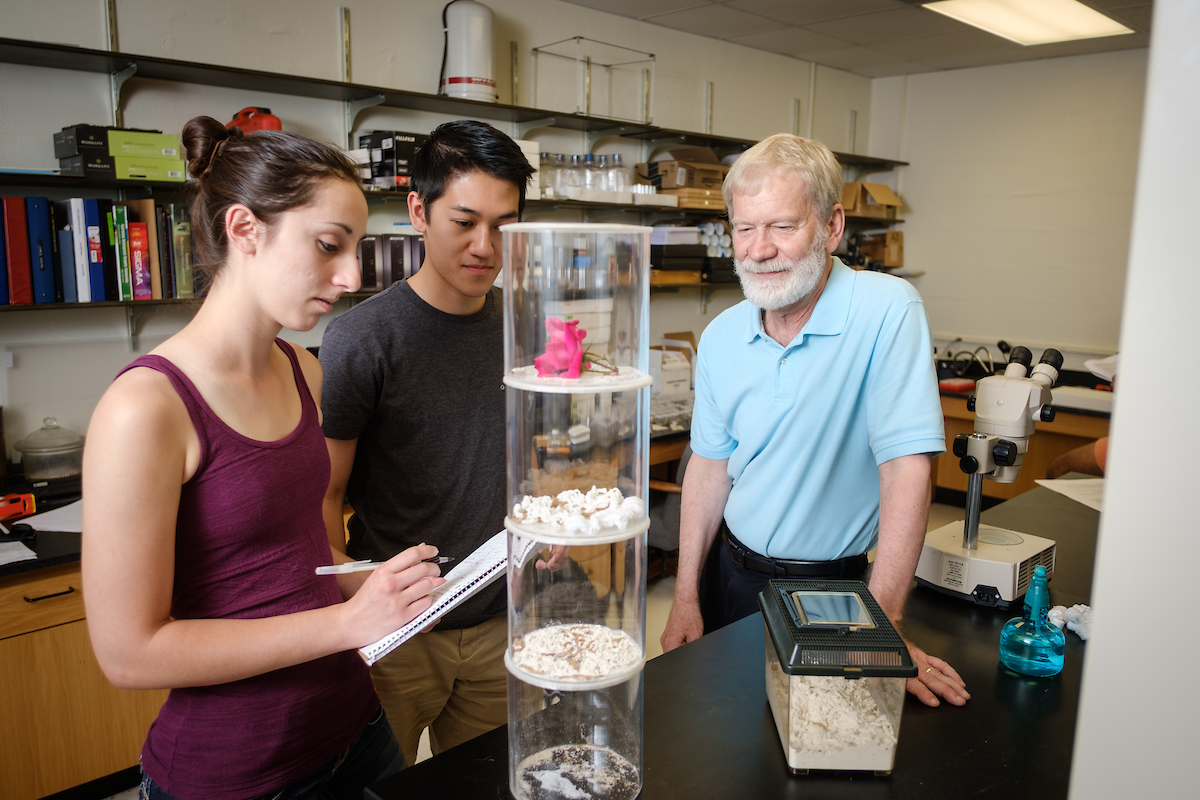 By Susan Fahrbach, Chair and Professor of Biology 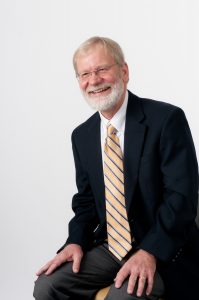 Professor William Conner (Bill, to all who know him) has shared his scientific expertise, engaged teaching, thoughtful leadership, and goal-oriented mentoring with the Wake Forest community since his appointment in 1988.

Bill has expertise in animal behavior in two separate domains. He is a leading expert on chemical communication in insects and renowned for his discovery of how insects use sound production to avoid predation. His groundbreaking analyses of moth-bat interactions combined studies of bats flying freely under natural conditions with in-depth studies of bats hand-reared in Winston Hall.

Bill’s teaching reflected his interests in insect biology and animal behavior, paired with a consistent commitment to teaching biology at the introductory level (e.g., Comparative Physiology). Perhaps his most innovative contribution to teaching at Wake Forest came during his final 10 years as a faculty member. His service as the Faculty Director of the WFU Innovation, Creativity, and Entrepreneurship Program, from 2010 to 2016, inspired him to help students build bridges between biology and entrepreneurship. He developed courses that united biology and business students, ultimately writing his own textbook on biomimicry.

In addition to his service as Director of Entrepreneurship and service on many other university committees, Bill was Chair of Biology from 1992 to 1998. His wise counsel on departmental affairs is so valued that, since his own appointment as Chair ended, he has served nearly continuously as an appointed member of the Biology Chair’s Advisory Committee. His effective leadership style paired behind-the-scenes problem-solving with an upfront determination to never miss an opportunity for funding or growth.

Associate Teaching Professor Katy Lack recently shared an anecdote that reveals Bill’s mind was always at work on tough scientific problems. As Bill was teaching an undergraduate class on animal behavior, Dr. Lack recounted, “Bill was trying to figure out what purpose the ultrasonic clicks coming from tiger moths were playing in their defense against predation by bats. He was trying to figure out if the clicking was a warning, a startle, or if the moths were jamming the bat echolocation signals. It was during class when he was talking about this problem with his students that he had a eureka moment and figured out how to ask the question experimentally. He and his graduate students Jesse Barber and Aaron Corcoran did the experiments, and the result was a 2009 paper in Science titled ‘Tiger Moths Jam Bat Sonar.’”

“Bill's service as the Faculty Director of the WFU Innovation, Creativity, and Entrepreneurship Program, from 2010 to 2016, inspired him to help students build bridges between biology and entrepreneurship. He developed courses that united biology and business students, ultimately writing his own textbook on biomimicry” Susan Fahrbach