Michele Gillespie began her tenure as the Dean of the College in July 2015. Teacher-scholar and administrator, she balances academic rigor with integrating holistic learning and community engagement into her work with faculty, staff, and students of the undergraduate school of arts and sciences. Dean Gillespie has an M.A. and Ph.D. in History from Princeton University and a B.A. from Rice University, where she majored in History and English. Prior to her time at Wake Forest, Gillespie spent nine years at Agnes Scott College, where she taught U.S. History.

Gillespie has published two prize-winning books: Free Labor in an Unfree World: White Artisans in Slaveholding Georgia, 1789-1860 (2000)  and Katharine and R.J. Reynolds: Partners of Fortune and the Making of the New South (2012), as well as articles, book chapters, and 10 co-edited books, all focusing on race, gender, class and political economy in the history of the South between 1780 and 1930. She has been elected president of the Southern Association for Women Historians; served on the Executive Council of the Southern History Association; been on several editorial boards, including The Journal of Southern History; and is co-editor of The New Directions in Southern History series for the University Press of Kentucky.

Since her appointment as Dean of the College, she has initiated diversity action plans for every academic department; developed college-wide inclusive excellence practices and policies; and implemented major academic programs, including majors in Engineering, Biochemistry and Molecular Biology, Environment and Sustainability, and African American Studies.  She co-chaired the President’s Committee on the First Year Experience; completed a major core curriculum review; led critical space assessment efforts that resulted in the renovation of Salem Hall and revitalized Palmer and Piccolo to house the Anthropology Department, the Museum of Anthropology and new Environment and Sustainability offices and labs; and facilitated increased interdisciplinary and community-engaged teaching and learning in partnership with the Mellon Foundation (two successive grants) and the Humanities Institute. Her priorities this academic year have included exploring the establishment of an Office of Experiential Education to support faculty-student engaged learning, instituting bias training for all college academic leaders and promotion committees, supporting a strategic space utilization study to secure much-needed space for the College, building an academic commons program with Campus Life to ensure a powerful sense of belonging for all first-year students, and creating new faculty development opportunities to facilitate the implementation of core curriculum changes.

Dean Gillespie arrived at Wake Forest University in 1999, was named Kahle Faculty Fellow in 2004, and served as associate provost for academic initiatives from 2007 to 2010. Since 2013, she has been the Presidential Endowed Professor of Southern History. She was honored as a pioneer in the service-learning field with North Carolina’s Robert L. Sigmon Service Learning Award in 2010. In 2014, she worked with honors students in the history department and Special Collections and Archives to collect 30 oral histories of parishioners at St. Benedict the Moor Catholic Church to celebrate the church’s 75th anniversary. For her work on the project, she received Wake Forest’s Kulynych Omicron Delta Kappa Award, which recognizes faculty who bridge the gap between the classroom and student life. 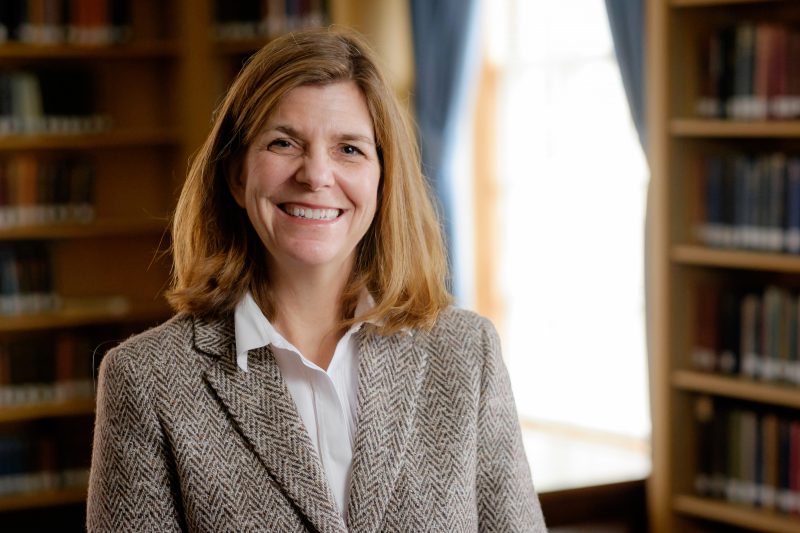